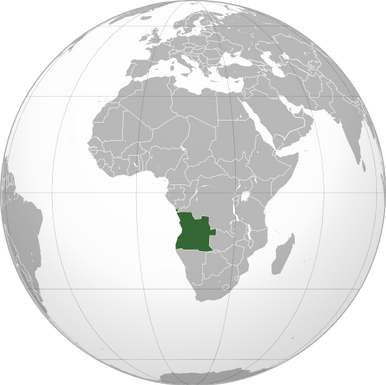 Executive Summary of Electricity in Angola

Electricity in Angola - Angola was devastated by a 25 year civil war which finally ended in 2002, but left much of the national infrastructure including the electricity system in ruins. Of Angola's three independent grids, the central was the most heavily damaged while the northern, serving the capital Luanda was the least damaged. Following the end of the civil war and the establishment of a democratically based system of government, the Ministry of Energy and Water has started to rebuild the electricity infrastructure but progress has been slow. While one new hydropower plant, Capanda, has been brought into service and added 520MW to the northern system, only around half of the remaining installed capacity is operational. Angola has an urgent need to both rehabilitate damaged power plants where they can be repaired and to build new capacity. Angola also needs to dramatically expand the reach of the existing grid system and too interconnect the existing grids. Currently less than 30% of the population have access to electric power. Angola has large oil reserves and the income from these gives the country the opportunity to invest and rebuild. Angola also has abundant hydropower resources that could be easily exploited. However the country will not be able to fund all this expansion alone. The government has begun to restructure the centralised, state-controlled power industry but progress has been slow. Meanwhile tariffs remain heavily subsidised. To attract international investors, the government will need to overhaul the tariff system, to enable them to meet the cost of production, and it will need to offer a transparent industry structure into which private operators can sit comfortably. Angola has come a long way in the decade since the war ended, but it still has a long way to go.

The economy of Angola is reliant almost exclusively on oil which has grown in importance over the last two decades and accounts for around 85% of GDP. In 2011 oil exports accounted for 98% of government revenues. Angola joined the Organisation of Oil Exporting Countries (OPEC) in 2007. Meanwhile diamond exports contribute a further 5%. GDP in 2012 was $114.2bn, making Angola the third largest economy in Africa, after South Africa and Egypt. The high value of oil during the first decade of the twenty-first century and concurrent expansion of the oil industry led to average GDP growth of 15% between 2004 and 2008. Growth has slowed since then but was estimated at 8.4% in 2012. In August 2012 the government of Angola announced plans for a $5bn sovereign wealth fund.

Key features of this report on Electricity in Angola