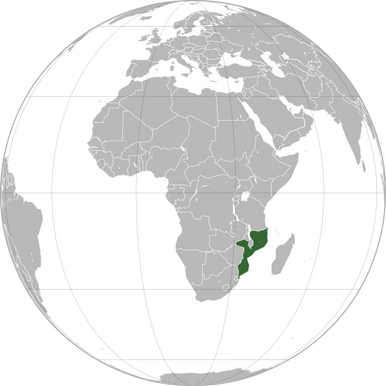 Executive Summary of Electricity in Mozambique
Electricity in Mozambique - The electricity sector in Mozambique has experienced a recent surge of interest as the government is about to embark on an ambitious expansion plan, that it hopes will create a powerhouse for southern Africa. Much of this depends on development of hydropower potential on the Zambezi, where Mozambique’s largest power plant, Cahorra Bassa, is already operating and exporting energy to neighbouring countries. Up to 10,000MW of capacity might be added over the next 20 years. In addition, Mozambique has newly discovered natural gas reserves and bituminous coal reserves, all of which it plans to use to generate power. While plans to develop and export energy are high on the agenda, the population remains poorly served - with only around 18% having access to power (although estimates differ, and the government puts the level higher). Further, the national grid system is fragmented so that power from Cahorra Bassa can only be transmitted to the main load centres in the south of Mozambique via South Africa. In order to rectify this, a new backbone transmission system is planned, and a major rural electrification programme is already underway, supported by foreign donors.
Mozambique is a coastal southern African state, with high levels of poverty, and rich energy resources. The country has suffered a painful emergence from colonial rule, and levels of corruption, and the openness of government - are still questionable.
Key features of this report
• An overview of the electricity market in Mozambique.
• Power supply data covering production, imports and exports and the main production sources.
• Power demand data by market sector and tariff data.
• An overview of the structure of the electricity sector with government and private sector companies as well as the regulatory status.
• Power demand forecasts and the development of the power sector to meet expected growth.
• Transmission system expansion plans.
Key benefits from reading this report
What are the key energy resources in Mozambique for power production.
• How is the country overcoming the effects of power shortage?
• What are the key developments in electricity infrastructure?
• Who are the key players in market?
• What are the investment opportunities in the country?
Key market issues in Electricity in Mozambique
This report is a Country Profile, covering:-
•Power generation capacity by fuel input
•Electricity networks
•Current power market trends
•Generation growth
•Investment opportunities
•Future project plans
Key findings of this report
1.The consumption of refined petroleum products in Mozambique is 19,580bbl/d.
2.Natural gas reserves were estimated to be 127.4bn m3.
3.Hydropower is one of the major renewable resources in Mozambique, particularly that of the Zambezi River.
4.Mozambique’s major electricity export markets are Namibia and Botswana, with small quantities also sold to Lesotho and Zimbabwe.
5.While the major towns and cities of Mozambique are electrified, access to electricity in rural regions remains a serious problem.
Key questions answered by this report
1.How does Mozambique generate its electricity?
2.What is the status of the national electricity market?
3.What are the key developments in electricity infrastructure?
4.Who are the key players in market?
5.What are the future prospects for investment in Mozambique?
Who this report is for
Power utility strategists, energy analysts, research managers, power sector manufacturers, power developers, investors in renewables systems and infrastructure, renewable energy developers, energy/power planning managers, energy/power development managers, governmental organisations, system operators, companies investing in renewable power infrastructure and generation, investment banks, infrastructure developers and investors, intergovernmental lenders, energy security analysts.
Why buy Electricity in Mozambique
• To utilise in-depth assessment and analysis of the current and future technological and market state of power, carried out by an industry expert with 30 years in the power generation industry.
• Use cutting edge information and data.
• Use the highest level of research carried out. expert analysis to say what is happening in the market and what will happen next.
• Have the 'what if' questions answered.
• Save time and money by having top quality research done for you at a low cost.
Report Details