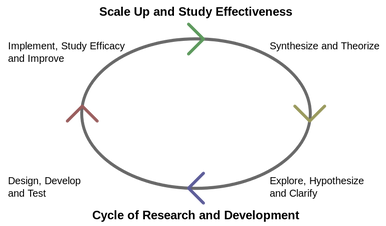 Introduction,market background and USPs
In today's technology driven scenario, Research & Development (R&D) has become an important instrument for countries to succeed. A superior R&D lays foundation not only for foreign investments, but also provides security to the nation by increasing its intellectual capital. Developing R&D, however, is not easy. It calls for significantly large investments, highly skilled personnel, and above all - a firm commitment from the Governments. Thus, in order to prove their commitment to develop the R&D, Governments across the globe offer various incentives that motivate companies to set-up their R&D centers.
While many countries have R&D incentives mentioned in their policy books, often times these incentives are not sizeable enough to attract companies. Compared to the developing countries, the developed nations are far ahead in offering lucrative R&D incentives in order to build a robust repository of intellectual capital. The Organization for Economic Co-operation and Development (OECD) countries, are widely regarded for promoting R&D activities through incentives.
The incentive offered by the OECD countries can be divided into:
• Tax incentives: are the tax benefits/reductions provided for carrying out an R&D activity. Some of the key types of tax incentives include tax rebate, reduced corporate tax rate, and tax holidays. As these incentives promote R&D by reducing the tax liability of the company (R&D practitioner), it is important that the outcome of R&D/business is profitable.
• Non-tax incentives: these are the incentives, which are given in form of cash grants or subsidy. These incentives do not impact tax liability of the company and thus pose a lesser emphasis on the company’s profitability.
This databook captures all the R&D incentives that are being provided by the OECD countries. The databook not only describes the incentives available but also outlines the definition of R&D, as followed in these countries.
Key features of this report
• An overview of all the R&D incentives being offered by the OECD countries.
• Division of R&D incentives in tax and non-tax incentives.
• Definition of R&D activities to enable an informed decision.
• Details of the deductible expenses in R&D activities, by each country.
• Easy-to-use format, ensuring an easy understanding of complex R&D incentives/regulations.
Key benefits from reading this report
• What all R&D incentives are being provided by the OECD countries?
• Will my companies activities qualify for R&D?
•Which all expenses qualify for R&D deduction?
• Which of all the countries I operate into, offer the best R&D incentives?
• Are my R&D activities availing the maximum incentives?
Key Market Issues
This databook covers R&D incentives being offered in:-
•Australia
•Austria
•Belgium
•Canada
•Chile
•Czech Republic
•Denmark
•Estonia
•Finland
•France
•Greece
•Germany
•Hungary
•Iceland
•Ireland
•Israel
•Italy
•Japan
•South Korea
•Luxembourg
•Mexico
•Netherlands
•New Zealand
•Norway
•Poland
•Portugal
•Slovak Republic
•Slovenia
•Spain
•Sweden
•Switzerland
•Turkey
•United Kingdom
•United States
Key findings of this databook
1.R&D-related tax incentives can reduce the corporate taxes by 40-45%.
2.In order to avail the R&D incentives, it is imperative that the companies thoroughly understand the definition of R&D and practice accordingly.
3.In addition to tax incentives, many of the OECD Governments offer non-tax incentives that are little known. However, they may prove to be an important factor in driving down the overall cost of R&D.
4.The deductibility (validity) of R&D expenses vary across the countries. Thus, it is important that the costs that are not deductible are optimized.
Key questions answered by this report
1.How important are the R&D incentives?
2.What all incentives my company can avail for R&D activities?
3.What activities qualify as R&D?
4.Which all expenses can be claimed under R&D?
Report Details