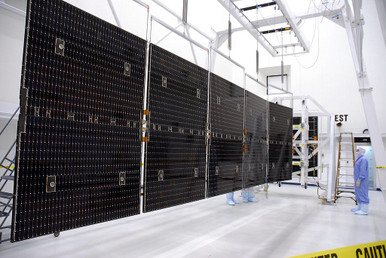 Chapter 1.  The economics of solar cells

The market for solar cells has shifted away from Europe, the main driver for the past decade, towards Asia and the Asia Pacific region.  However the market is also broadening and growth can be expected in many parts of the world - that have previously not shown a strong take up.  This is being driven by the competitiveness of solar photovoltaic technology - which can now compete in some areas without any subsidies.  This will come in spite of an expected stabilization of the cost of solar modules.  On one prediction, the size of the solar market, globally, will reach 100GW by 2018.  Over the longer term, estimates for the amount of electricity that might be supplied globally by solar cells varies between 0.6% and 4% by 2035.  In Europe it already supplied 3% of total electricity demand.  Important regional markets include China, Japan, the USA, Australia, and Mexico.  The development of new financial vehicles that attract private sector investment for solar installations could help lower the cost of financing solar photovoltaic projects, potentially leading to further cost reductions.

Key features of this report

•Assessment of electricity costs for different technologies in terms of the two fundamental yardsticks used for cost comparison, capital cost and the levelized cost of electricity.

Key benefits from reading this report

•Quantify capital and levelized cost trends and how these vary regionally.

Key findings of this report

1.In March 2014, German modules were priced at €0.68/W and Japanese/Korean modules at €0.69/W.  The continued price difference reflects a perception that Chinese modules are less robust and reliable than their competitors, but the margin is narrowing.

2.Based on an average installation cost for solar PV of US$3/W or US$3,000/kW, the technology had reached broad parity in ten states.

3.The actual cost of electricity to residential customers in the countries in the table vary from US$80/MWh in South Korea, where solar PV has not yet reached parity, to US$390/MWh in Mexico where parity is easily achieved.

Key questions answered by this report

1.What are the drivers shaping and influencing power plant development in the electricity industry?

2.What is solar PV power generation going to cost?

3.Which solar PV power generation technology types will be the winners and which the losers in terms of power generated, cost and viability?