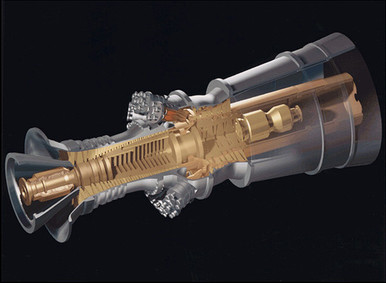 Gas fired power generation has become a key technology for producing electricity, particularly within developed countries where it forms part of an emission reduction strategy. The technology, normally based on combined cycle power plants, is cheap to install and the facilities are efficient generators of electricity but their economics are sensitive to the cost of gas. In addition, markets for natural gas are fragmented. There is no overall global market as exists for oil. This means that prices can vary significantly from region to region. Global gas reserves have risen over the past 20 years as prospecting has improved knowledge of the natural gas available beneath the ground and discoveries of new fields have been made. The ability to extract shale gas has also increased the extractable reserve significantly. However extracting shale gas is costly and the downturn in the price of oil has hit many US shale gas producers. While gas reserves are widely distributed the distribution is not even with a small number of countries holding a large share of global deposits. Production and consumption of natural gas vary from region to region with large levels of consumption in North America and in some of the large gas producing nations, particularly those where the cost of gas is subsidized.

Gas turbines are highly specialized machines and the number of companies that are capable of manufacturing them is extremely limited. For large gas turbines there are only four main players while a larger number can supply smaller machines. The limited number of suppliers means that power plants based on gas turbines must be imported in most countries. On the other hand the global nature of the market means that there is stiff competition for all major projects and this makes prices extremely competitive. Technically there are several challenges facing gas turbine manufacturers. One is to achieve high efficiency. A second, contrary, demand is for highly flexible gas turbine-based plants to support gas fired generation on global grids. There is also an imminent need to limit the emissions of carbon dioxide from natural gas-fired power plants. Technologies already being developed for coal-fired power plants can be adapted to gas-fired stations but they all lead to an increase in the cost of the plant and the cost of electricity.

The cost of electricity from a gas fired power plant depends on a balance between the cost of the plant and the cost of gas. Capital costs for gas-fired plants are generally low compared to similar costs for other types of power station because of the modular nature of the plants with major components available assembled from the factory. However the cost of natural gas can be high. This has forced utilities in Europe in particular to mothball combined cycle power plants in recent years because they are not economical to run. In the US on the other hand, where the cost of natural gas is low because of the supply of shale gas, the economics favour gas-fired generation. Levelized cost estimates for electricity from combined cycle and open cycle gas turbine plants show that the cost of electricity from these plants is expected to be low in the US but that it is likely to be higher elsewhere. Countries that rely on imported LNG will often have the highest cost of electricity. However these countries often exploit natural gas for power generation as a specific part of energy policy that requires them to maintain a diverse portfolio of sources for energy.

The levelized cost of electricity from natural gas fired combined cycle plants is competitive with all alternative forms of power generation, with the possible exception of onshore wind, when the cost of natural gas is low. Adding carbon capture and storage to a combined cycle plant will push the cost up but the technology will still offer a cheaper source of electricity than a coal-fired power plant with carbon capture and storage. However depending on specific market conditions, wind and solar photovoltaic may offer a cheaper source of power than gas. Over the next 25 years, until 2040, gas-fired power generation is expected to grow much faster than coal as retiring coal plants are replaced with gas, particularly in the US and Europe. This new gas-fired capacity will offer lower emissions than coal, even without carbon capture and storage and this will be one of the driving forces for the shift. Another key driving force will be the need to use combined cycle plants to support gas fired generation on the world’s grids.